Yes all you car lovers the 1950’s and older American cars that you hear about really do still exist in Cuba.  Sometimes it seems like time has stood still here, locked into 1958.

Until January 1, 2014 it was illegal to buy and sell cars in Cuba, so cars are mostly government owned.  However, Cubans are resourceful and creative people so those that owned cars at the time of the Revolution have kept them or traded them for other cars.  They are lovingly maintained by their owners.

Most of the American cars are general motors dating from 1953 – 58. 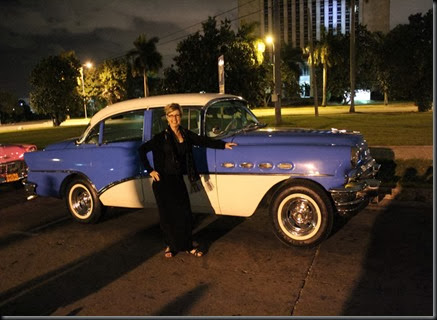 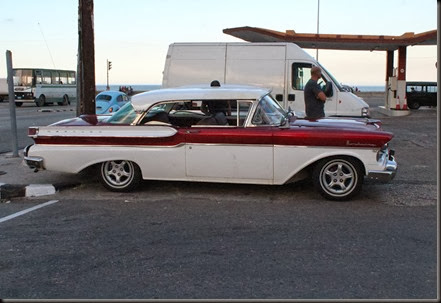 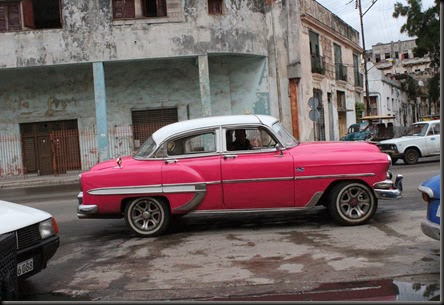 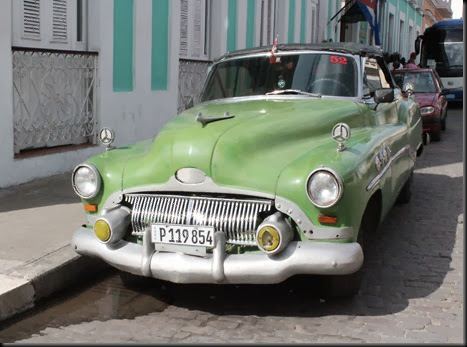 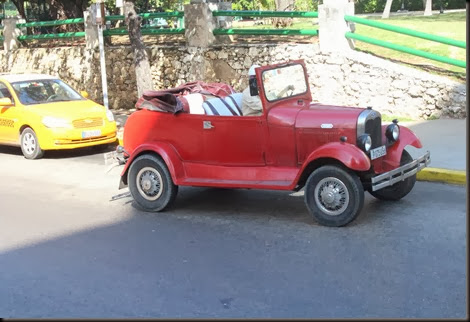 Here is a really old one!  The modern car in the background is a government owned taxi. 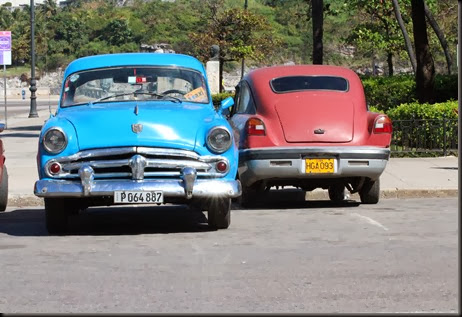 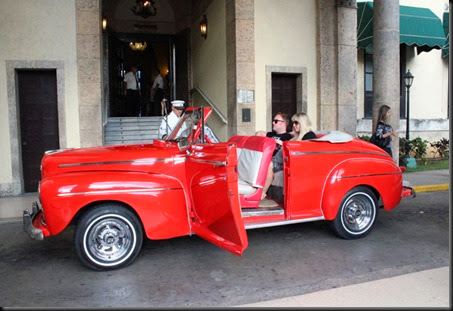 Most of the taxi’s show up in the driveway of the Hotel Nacional in  hopes of picking up International riders who tip.  Many of these taxi drivers are now working for themselves driving their own cars because Raul’s new rules permit people to be self-employed in many careers including taxi driver.

A taxi driver can make tips so he or she makes more than a doctor in Cuba.   This is a communist country so everyone works for the government and makes $16.00 to $30.00 a month.  The government pays doctors $30 a month.   Now that Raul Castro is allowing some private enterprise things are beginning to change. 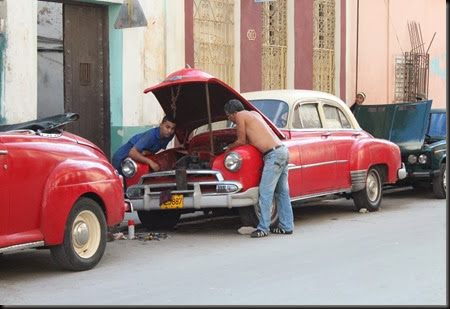 These guys have to be the world’s most resourceful and creative mechanics.  They make their own car parts, they get friends to bring car parts in from Canada, some drop Russian engines into their cars and some are even fitted with diesel engines. 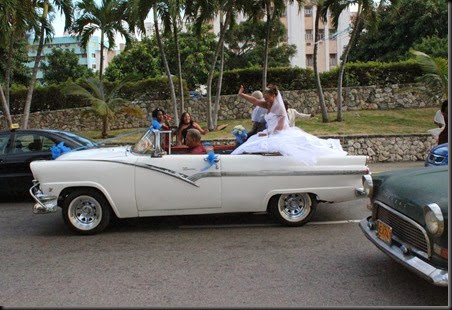 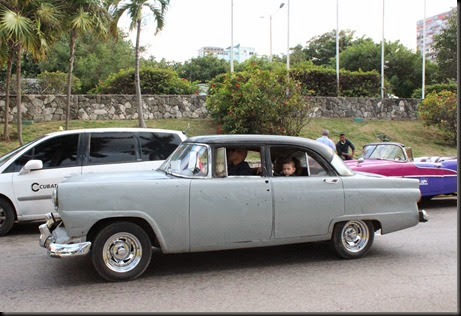 And here is the family following the bride and groom, note the little boy in the suit with the very cool haircut in the back seat.  This tells me the couple is Cuban so they must be doing well to afford a reception at this hotel! 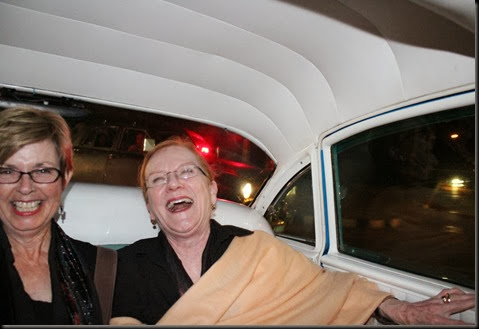 Our last night in Cuba, Matthew arranged for all of us to ride to dinner in the coolest taxi’s in Havana.   Sandy and Sandy ride in a “time machine”. 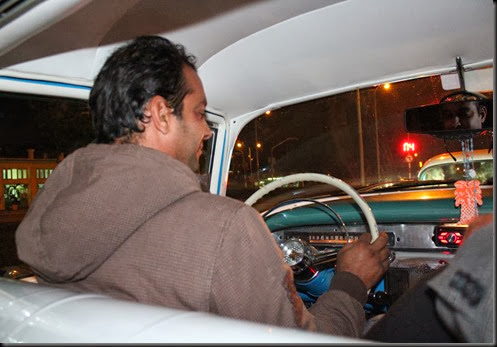 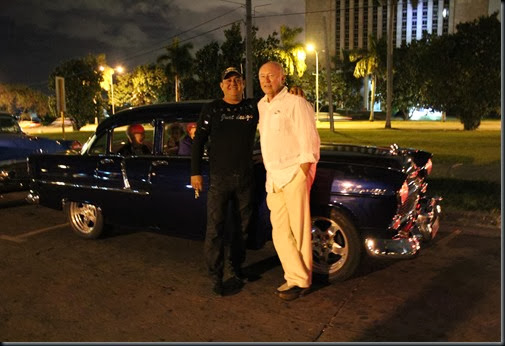 Rick had a special bond with this car, here he stands with the proud owner of the car.
Posted by Sandy Delehanty at 11:13 PM